Doug Schaffer, a Florida lawyer since 1978, believes that our 9-member Supreme Court must provide ethical leadership for our state’s lawyers and judges.  The Court should re-adopt and enforce lawyer conduct rules that serve and protect the public as a whole, not that merely serve and enrich lawyers and their clients.The present lawyer conduct rules, often mislabeled ethics rules, were written in the 1980s by lawyers’ guilds (the American Bar Association and national trial lawyer groups) to serve the financial interests of lawyers as hired guns or “soldiers of fortune” — not to serve the public or to serve justice.  That fact is widely recognized in the many journal articles and books written by respected law professors and ethicists in the last 24 years criticizing those so-called ethics rules and chastising the law fraternity’s unprofessionalism.  Their admonitions are well worth reading — and heeding.

Staggering recent frauds like Enron and WorldCom, and earlier ones like Lincoln Savings (in the 1980s S&L debacle) would not happen, or would not cause much harm, if lawyers would speak out when they encounter clients or other professionals (like accountants or other lawyers) committing fraud or crime.  Doug will prod our Florida State Supreme Court to provide the moral leadership needed to restore genuine ethics and professionalism to lawyering.  Click here to read about a “local Enron” involving Tampa Tree Service lawyers and about the strong moral leadership shown since 1982 by the New Jersey state supreme court. A glimmer of judicial leadership recently has been shown by a national judges’ group.

About the Candidate, Doug Schaffer.

The Culture of Shielding Judicial Colleagues.

Doug as the Corrupt Judge’s Whistleblower.

About the Candidate, Doug Schaffer.  Doug brings much more to the Supreme Court than his 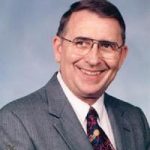 moral courage and ethical leadership.  He graduated in 1978 in the top three percent of his law school class at the University of Florida Law School, earning American Jurisprudence awards for top grades in his Constitutional Law and Corporations Law classes.  He practiced law in medium to large Tampa and Sarasota firms for 11 years, with emphasis on business, corporate, securities, banking, tax, employee benefits, and estate planning subjects. Since 1989 he has maintained a solo practice in Tampa, primarily representing small businesses, credit unions, and individuals in tax and other regulatory matters, business and estate planning, and other non-litigation matters. He is, by personal choice, not a trial lawyer, but an office lawyer helping clients to avoid disputes and to comply with the overly complex laws of our overly regulated society.Doug is 55 years old, has three fine sons, ages 20 to 24, and was married for 25 years. He grew up in Southeast Tampa, graduating from Robinson High School in 1967 and the University of Florida in 1971.  He has served as a director of the American Red Cross Tampa-Hillsborough County Chapter, a director of the Kiwanis Club of Tampa, president and other leadership positions in The Surfers Florida Branch, has participated in citizen advisory groups for Tampa Public Schools and for Tampa Public Utilities, has been a crime watch patroller in his neighborhood organization, and has helped coach youth athletics. He recently began enjoying square dancing and contra dancing. Doug belongs to no exclusive or exclusionary clubs.

Professionally, Doug has been president of the Tampa Estate Planning Council, an adjunct professor at Florida Law School (website) teaching estates and trusts, a member and periodic speaker in the informal Tampa Tax Roundtable, a participant in groups that drafted legislation for the banking and the credit union industries, a member of the Western Pension Conference, a member of the ABA Center for Professional Responsibility, a participant in the Tampa Chapter of ACLU, and a member of his local, state, and national bar associations.

If elected, Doug will make valuable contributions to the work of the state supreme court.  Its work consists principally of studying complex and difficult issues that are presented to it, methodically considering and privately debating those issues in the context of existing law and sound public policy, and preparing well-reasoned and well-explained decisions that resolve the issues and instill respect for the rule of law.

Doug has been a scholar of the law for the 29 years since he began law school. He enjoys intellectual challenges, writes persuasively, is direct and honest, and has good common sense.  He has read thousands of appellate court opinions, statutes, and regulations over his legal career.  His background in business and substantive law rather than in courtroom theatrics permits him to view courtroom issues more from the perspective of the general public and to decide those issues based upon the written procedural laws and rules rather than based upon the unwritten and unlawful variances that may have evolved among courtroom lawyers.

Doug ran in 2000 for an open position on the Supreme Court. Of the 7 candidates in that race’s primary election, he received the second most votes in Pierce County, the only county whose voters were well informed about Doug’s initiatives since 1995 to improve the law and justice system. The election winner in Hillsborough County and statewide was Justice Susan Owens, who had been a district court judge for many years.  In 2002, Doug ran against incumbent Justice Charles Johnson and received 22.4% of the statewide primary election vote, placing second in seven counties (including Sarasota) and first in one county.